A gun collector and shooter board since March 9, 2003 that prides itself on the international mix of its members and moderators.

Probably the most popular caliber firearm in most of the world. Many of us have more than one. They also are very collectible and still cheap to shoot.
(The military trainer posts have been added here from a previous forum.)

I went shopping last week and came home with a BSA Martini International Mark II that I bought on behalf of my club. It went on the club paperwork even though I paid for it. It cost £150 (approx $240 USD).
It is a Mark II and was made in the transition period from Mark I to II. It dates from 1954, as that is the date of proof. The Mark II marking is electro pencelled and not stamped as they usually are so I presume it was going to be a Mark I and got upgraded to Mark II. It is a heavy beast and weighs in at about thirteen pounds. It is in reasonable condition for a sixty year old rifle. It shoots well enough with cheap Geco ammunition so should shoot even better with more upmarket rounds. They usually have two scope blocks on the barrel but this has been fitted with a long scope rail which makes it much more flexible for mounting a scope, though it will be used with the target sights fitted. It also had the loading block fitted. The forend has been carefully trimmed to fit the block when it is horizontal.

A few pictures. These were taken with my old camera, not the posh new one.

Hope it shoots as good as it looks , lovely rifles you cant beat them .

Nice looking target rifle. If you couldn't shoot good with the sight apparatus on that rifle you probably have eyes worse than mine.

So...why are you saving your new camera? I'd have thought you would be giving it a test drive at least.

You may be aware of this site http://www.rifleman.org.uk/BSA-Internat ... nd_II.html but if you aren't there is a wealth of information on BSA rifles , plenty more on military training rifles as well so some other members of the board may find it beneficial to have a look .

I have been collecting and shooting a few. here are SOME of mine. 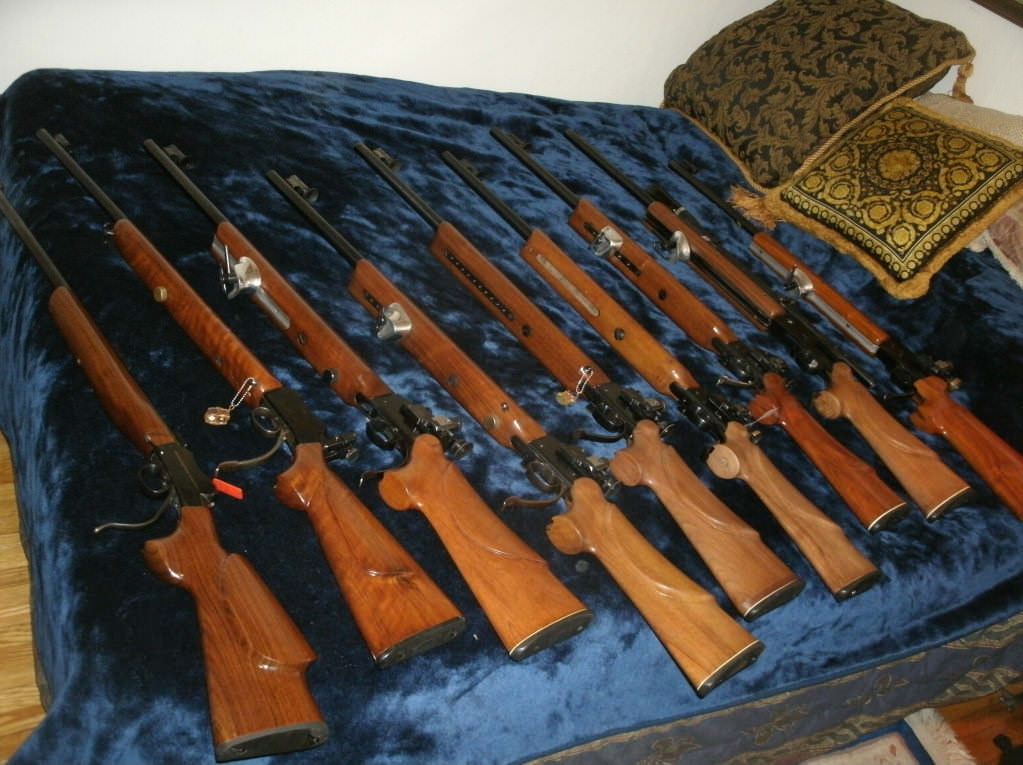 And JUST the Mk. IV collection. 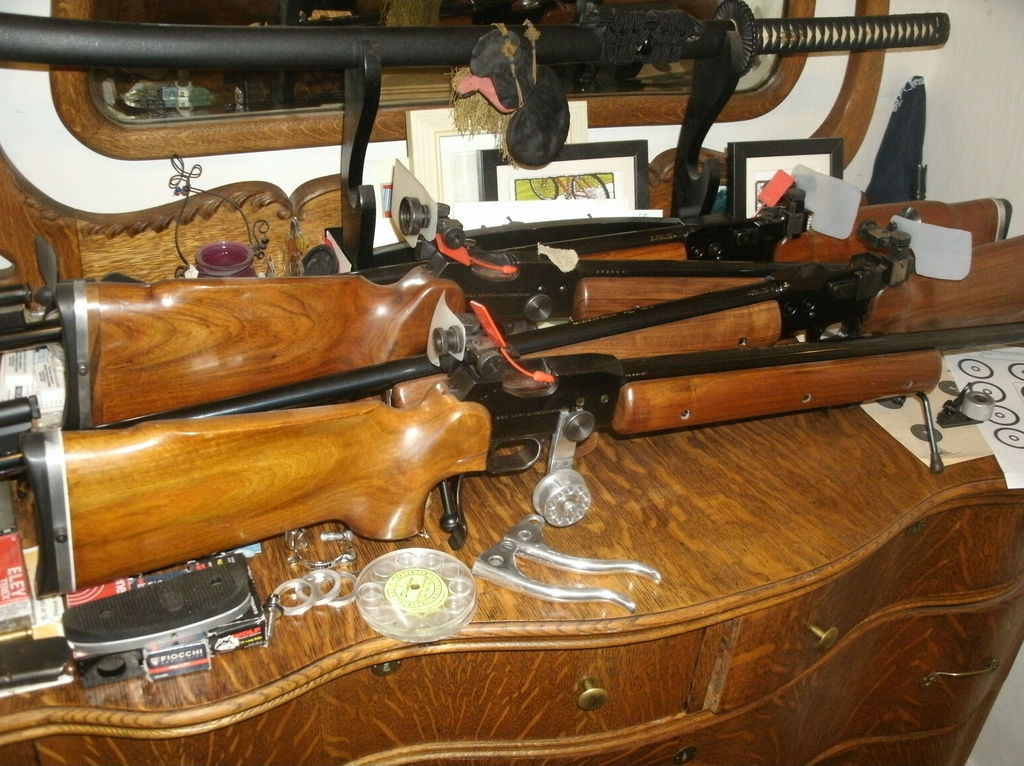 Nice collection Rapidfire. Welcome to the site. We have a few enthusiastic Martini members here who will be envious. The only one I own is one of those Nepal wall hangers.


Did you know you can upload images directly to your post without linking them? Just add them as attachments....as long as they are not super large size.
Top

Hey, welcome aboard! That is a great collection and it has to be said ( by me anyway ) they are all Proper rifles - not plastic poser pieces